Everything You Need To Know About Microsoft Teams in 2021: Pros, Cons, FAQs and More 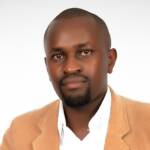 As organizations adapt to remote work, there is an increasing demand for fully functional software that helps colleagues communicate and collaborate without the need for physical meet-ups. The pandemic accelerated the demand for video conferencing software, as many organizations shifted to work from home or hybrid schedules, with some employees working remotely and others working on-premises.

While there are a lot of software to choose from, one platform stands out: Microsoft Teams. Microsoft Teams provides users access to a large pool of apps and tools in one window to ensure ease of collaboration and communication. Users can create content, share files, call, message, and join an online meeting with colleagues. What is Microsoft Teams?

Microsoft Teams is a chat-based collaboration software that was launched in 2016 as part of the Office 365 Suite. Since its launch, Microsoft has continually updated the app to add new collaborations tools for a modern workplace. The app was introduced to compete with other existing remote collaboration tools such as Slack and Zoom.

Users can set up multiple chat rooms within the app. When you create a new team and add colleagues, the new team members are added to a general channel. You can then create multiple small groups to function as different group chats. The chats are threaded to make them easy to follow and trace. If you need real-time face-to-face conversations, you can open voice or video chats within the app with a single click. Microsoft Team has a host of features that help colleagues communicate and collaborate effectively. Key features include:

Each team can create subsections that are known as channels. These channels act as conversation boards, and can be used to organize communications such as monthly reports, meetings, or co-work on files. A channel can either be public – open to everyone, or private – where conversations are focused on specific topics for a subset of the team. The channel owner must approve new team members who want to join a channel.

As a chat-based platform, Teams allows individual and group chats with threaded and persistent conversations. Users can also scale the chat to a video call or voice call within the same window. It also includes modern chat features such as emoji and GIF sharing. Organizations can conduct virtual meetings and online training using the video conferencing function in Teams. An organization can broadcast the meeting to a maximum of 10,000 people at the same time. Meeting participants can access key online meeting features such as note-taking, file uploading, scheduling option, virtual backgrounds, and transcription.

A unique feature in Microsoft Teams is the audio conferencing feature. You can participate in a virtual meeting via phone; you just need to dial a number to join the meeting.

You can access cloud-based telephony to make, receive and transfer calls on the Teams App. This option allows users to make voice calls within the app. Teams allow members to share, edit, and store files within the app. Several colleagues can edit one document in real-time with Teams. The library folder has security options that allow users to customize the document permissions to protect sensitive files.

Microsoft teams members can share desktop screens and files in real-time with other users. You can access this function during video meetings or audio conferencing. When using Microsoft Teams, you can access other Microsoft 365 and Office 365 suite apps within the app. Teams integrates Excel, Word, OneNote, and PowerPoint, and users can create, edit and share documents within the channel. In addition to the integrated Microsoft programs, users can access third-party apps like Asana, Polly, CalendarHero, and ZenDesk in the channels. Microsoft Teams is available for free as a standalone program. The free version is functional, but has limited features and integrations. It has a limit of 100 participants for online meetings.

If you are looking to gain access to the premium Microsoft Teams version, subscribe to one of these Microsoft business plans:

Microsoft Teams employs a variety of security features to meet compliance requirements with regulatory standards. Some of these features include: How Do I Get Microsoft Teams? A: Yes, there is a free version of Microsoft Teams that allows users to access the basic features such as unlimited chat, guest access, limited cloud storage, and up to 100 participants for online meetings.

A: Team channels are boards where every member of the team can have open conversions with other team members while private chats are only available to a small number of people who are part of the chat.

Q: Can I add people outside the organization to Microsoft Teams?

A: Yes, you can add and manage guests on Microsoft Teams. The guests get full access to team conversations, meetings, and any files uploaded to the team chats.

Josiah Mwangi is a talented business and finance writer with a passion for family-oriented tech and new gadgets. He’s had articles featured on Huffington Post, Corporate Finance Institute, and other top publications. In his free time, he likes to go hiking with his two German Shepherds.