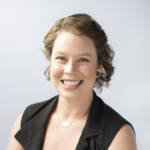 Manufacturers in the toy industry are currently playing a high stakes game, even though none of them want to. With a shortage of shipping containers, toy makers are having to outbid their competitors to secure the containers that allow them to transport their products from off shore factories to the United States in time for the “most wonderful time of the year.”

Typically, toy companies begin shipping holiday toys in July. However, manufacturers are dealing with a spike in shipping prices up to 500 percent. Toymakers are being charged between $20,000 and $25,000 to secure a 40-foot container compared to previous years when the same container cost between $3,000 and $4,000.

The issue has become so concerning that the The Toy Association is urging the Federal Maritime Commission and federal lawmakers to intervene. While large-scale manufacturers like Mattel and Hasbro can tolerate this inflation, small toy companies are having difficulty coping, and risk going out of business during Christmas, a time typically marked with large volume sales and high profits.

“Our cost per unit just on the freight piece is up five times year-over-year, and is now 50% of our landed cost,” Curtis McGill, co-founder of the toy company Hey Buddy Hey Pal, stated.

The situation continues to be tedious even after securing a container, as paying the steep fee does not guarantee the toys will be delivered on time. Late delivery is commonplace since the Covid-19 pandemic disrupted supply chains, caused shutdowns, and created backlogs at trucking companies, rail-yards, and ports.

The toy industry has faced past challenges like the trade war and the closure of Toys R Us stores, but this year’s container shortage is unprecedented and is resulting in an increase in the price consumers pay for toys and a shortage of in-demand toys.

According to James Zahn, deputy editor of The Toy Book, the situation is worse than anyone expected. Unprecedented demand for container space was turned on after the Covid 19 lockdowns ended, putting companies from all industries at war with one another.

In the heat of the container shortage, MGA Entertainment – home of L.O.L Surprise! Dolls and Little Tikes – has been using its container space to focus solely on getting popular products shipped, leaving many items out to ensure room for high-demand toys. Other companies have delayed the fall release of new toys because of the lack of certainty that they could get them to stores in time.

What does this mean for consumers? Popular toys will sell out faster than usual this season and retailers may not be able to restock the shelves in time for the holidays. Shoppers can also expect to pay a markup of up to 20 percent for toys and are unlikely to see the sales and discounts they’re used to, which retailers often use to attract customers to sell other, non-toy products.

Ultimately, Santa should be asking for your child’s Christmas list quite a bit early this year. Retailers and manufacturers alike are suggesting that consumers do their holiday shopping before Thanksgiving to avoid disappointment. If there’s a toy you know you child wants, it’s best to start looking now.

Rhiannon Ball is an experienced generalist writer, editor and project manager who has worked in online publishing for over five years. In her free time, she enjoys gardening, camping and hiking with her husband and rescue dog, Waffles.